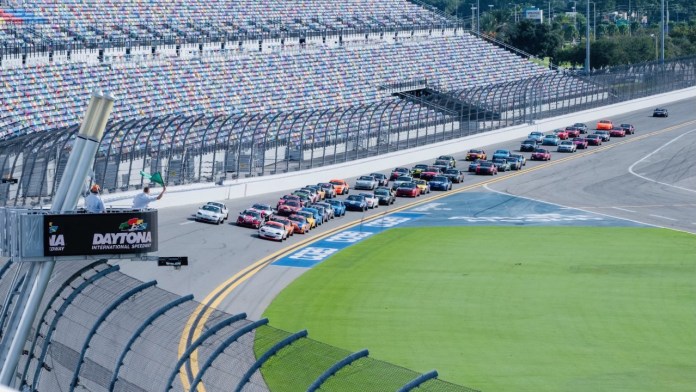 Have you heard of NASA?  No not the space agency, the National Auto Sport Association.  They are one of the country’s largest amateur racing sanctioning bodies, and they were in town the weekend of September 17-19, 2021 at Daytona International Speedway to hold their championship races. They also partnered 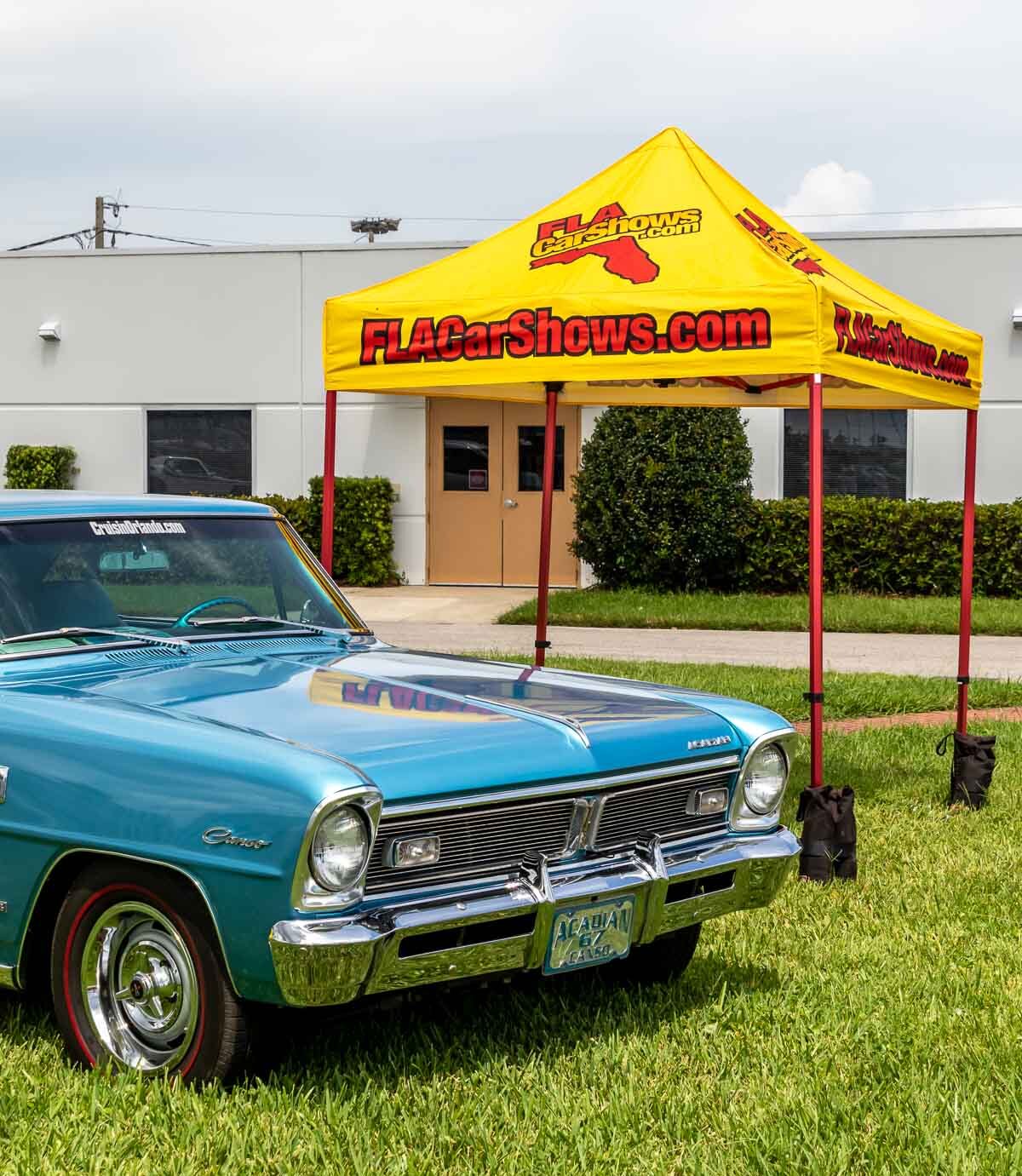 with Tara from FlaCarShows.com to hold a car show on Saturday the 18th.

The morning started out foggy and overcast, and the threat of rain was enough to make me leave my old Pontiac in the garage and take my Mustang to the show.  I’ve been to Daytona International Speedway countless times, but this was the first time I got to drive through the tunnel coming in.  Temptation got the better of me, and I had to step on the clutch and rev it up in the tunnel. I guess you’re never too old to be a kid sometimes… Oh yeah, it’s contagious too, as I heard the guy behind me do the same thing. 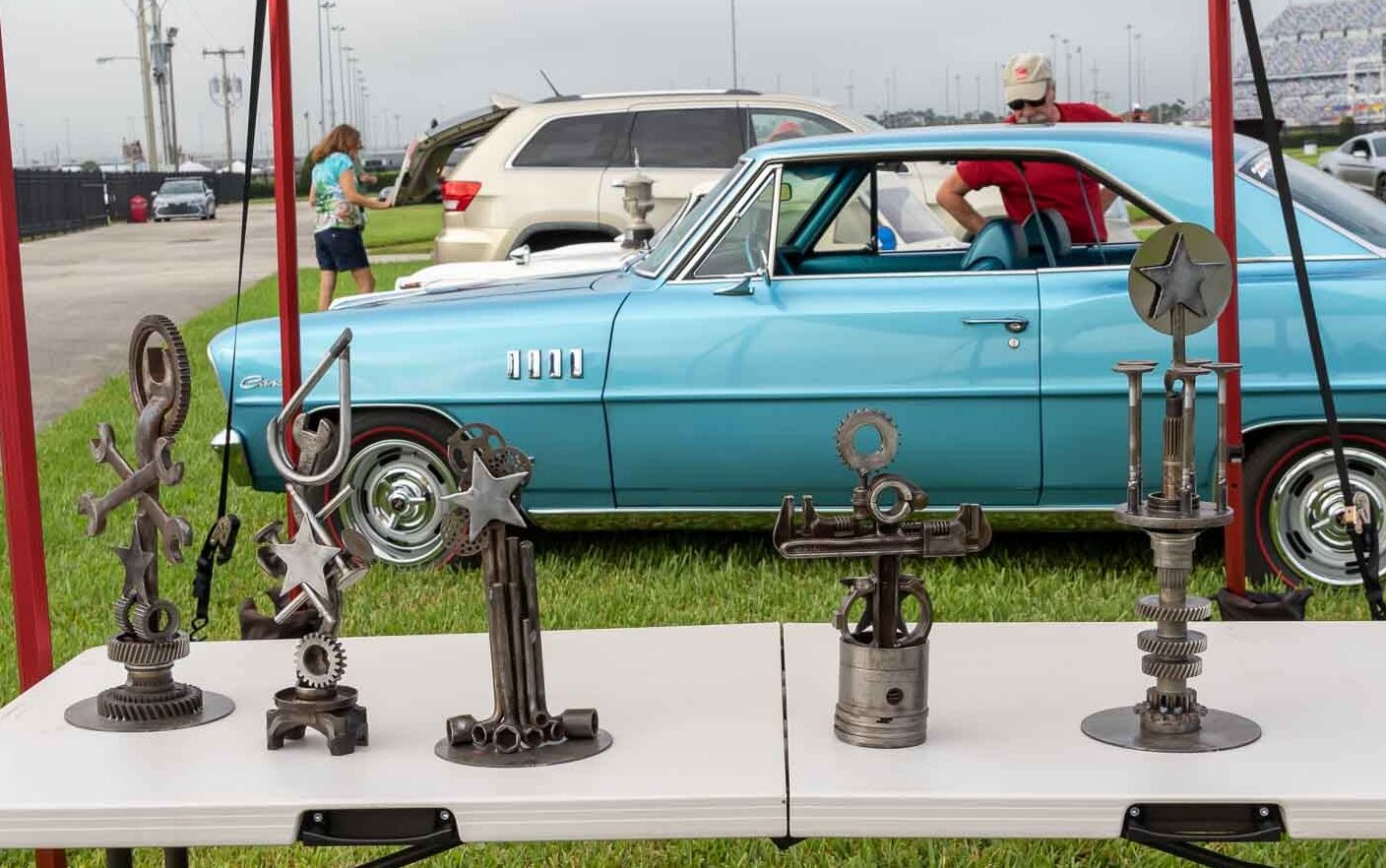 There were a handful of cars already in the show field when I arrived, including several members of the Flagler Corvette Club. Tara had her bright yellow FlaCarShows.com tent set up and her ’67 Acadian Canso parked next to it. Not only is the Acadian a rare car, it’s also been on nine consecutive Hot Rod Power Tours as a long hauler. But I digress…Sitting on a table under her tent were the five custom trophies designed and made by Bad Ass Rat Rods that would be awarded later in the day. Rockin’ Rich Bedford was setting up his DJ equipment, getting ready to provide music

over the background soundtrack of racecars circling the track and the track announcer giving us updates. Cars started rolling in, some one by one and some in groups. The Daytona Mustang Club had seven cars come in together (including three Roush cars), and the East Coast Cruisers had fifteen member cars at the show. 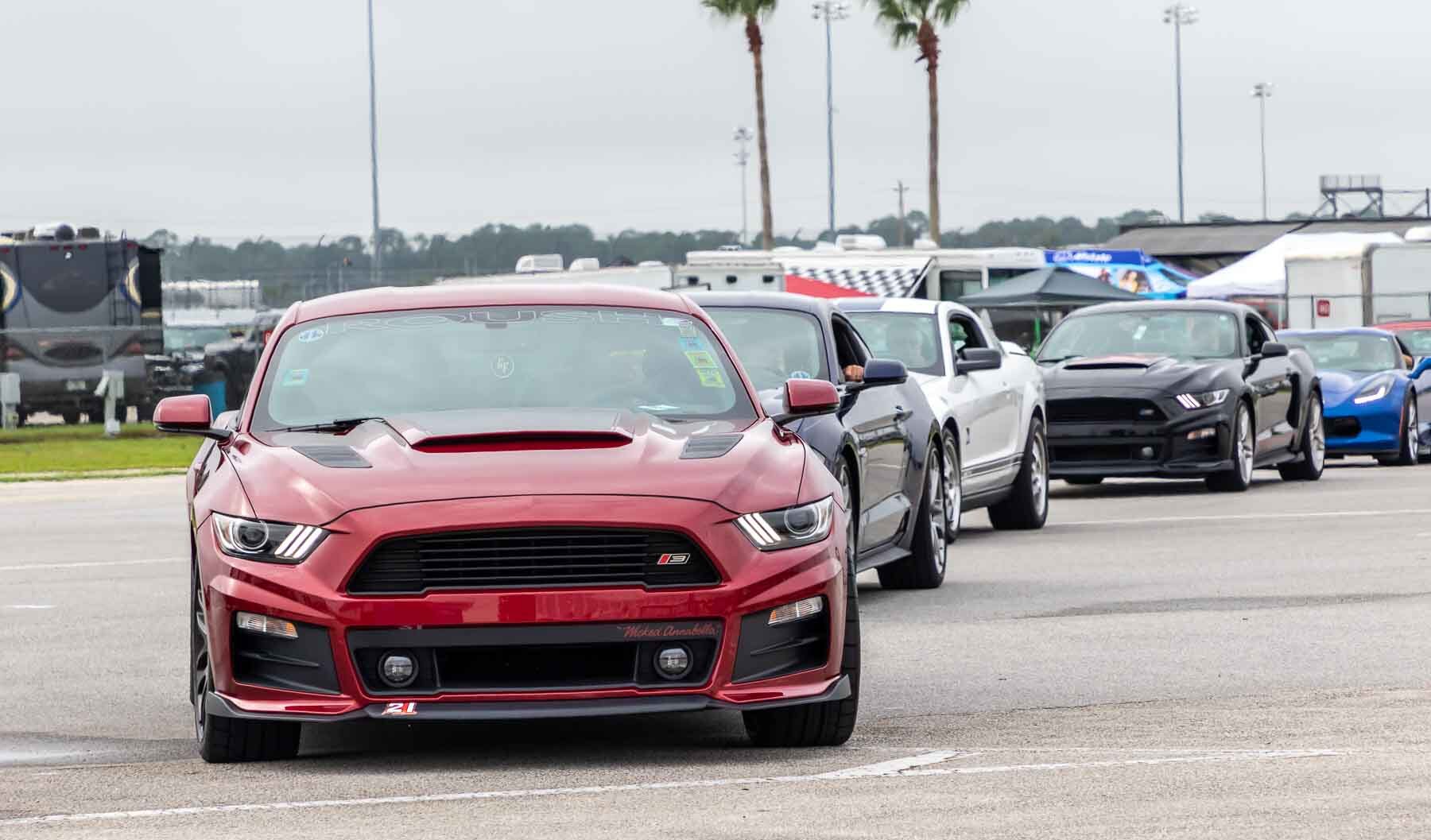 Flathead Fords to GTOs from the DeLorean era and the Holden era, to modern Mopars and Mustangs, there was a little bit of everything for car enthusiasts to enjoy.

Over 75 cars attended the show. Here’s just a couple of my favorites from the day:

Two Triumph TR4s, one of them small-block Chevy powered 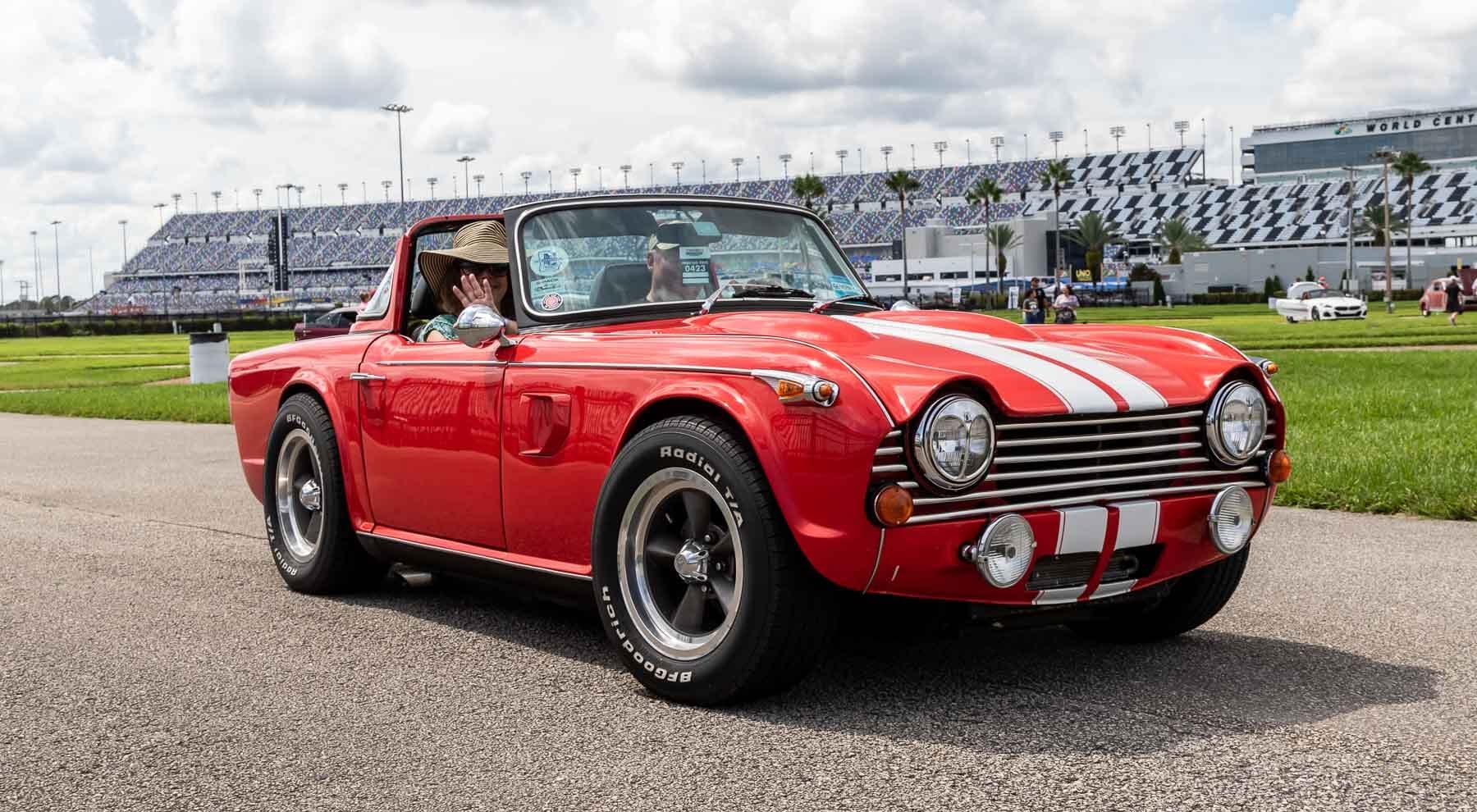 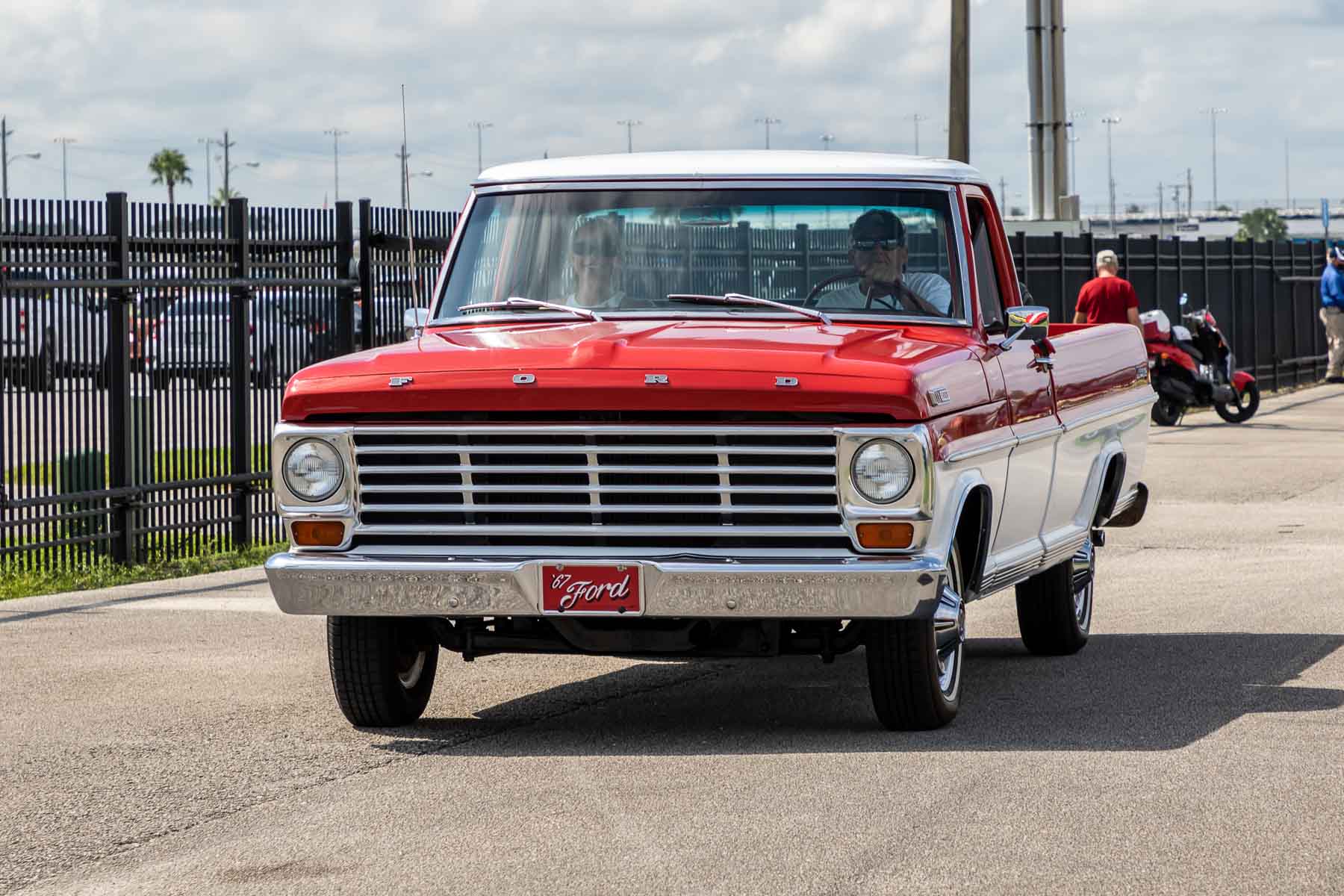 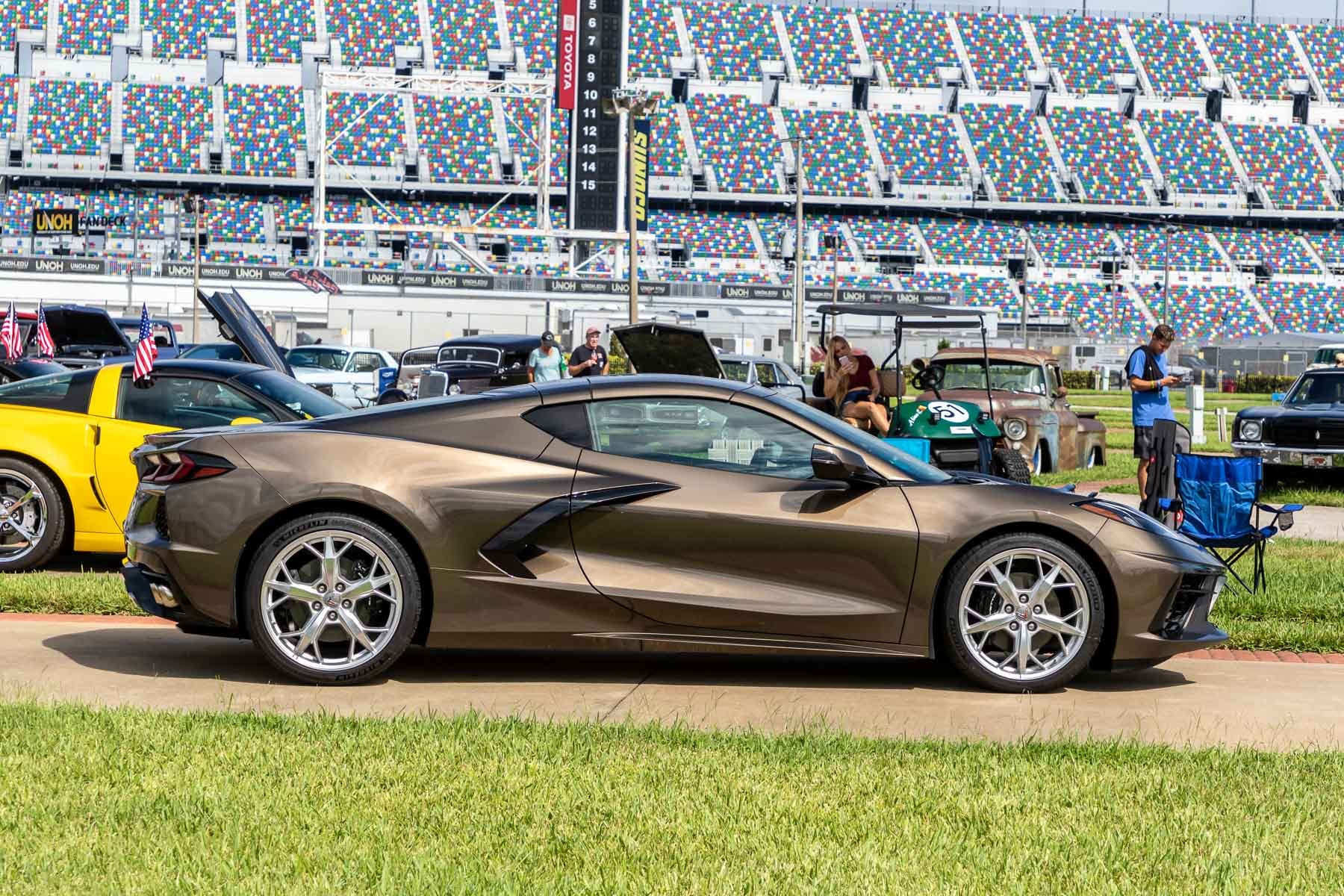 Before you knew it, trophy time rolled around.  The NASA coordinator who helped to organize the show selected one vehicle, and rep for FlaCarShows.com selected the other four.  The winners were: 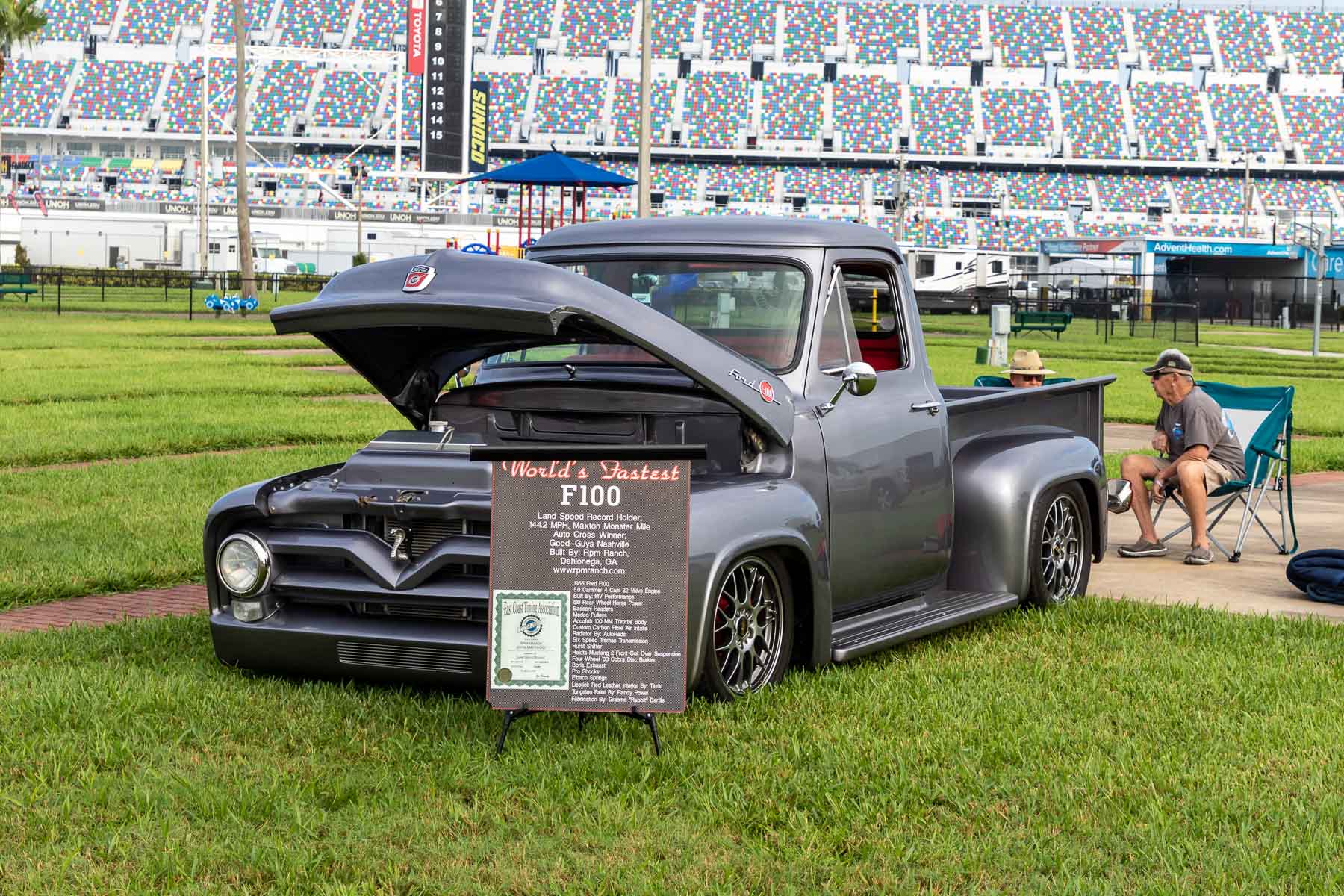 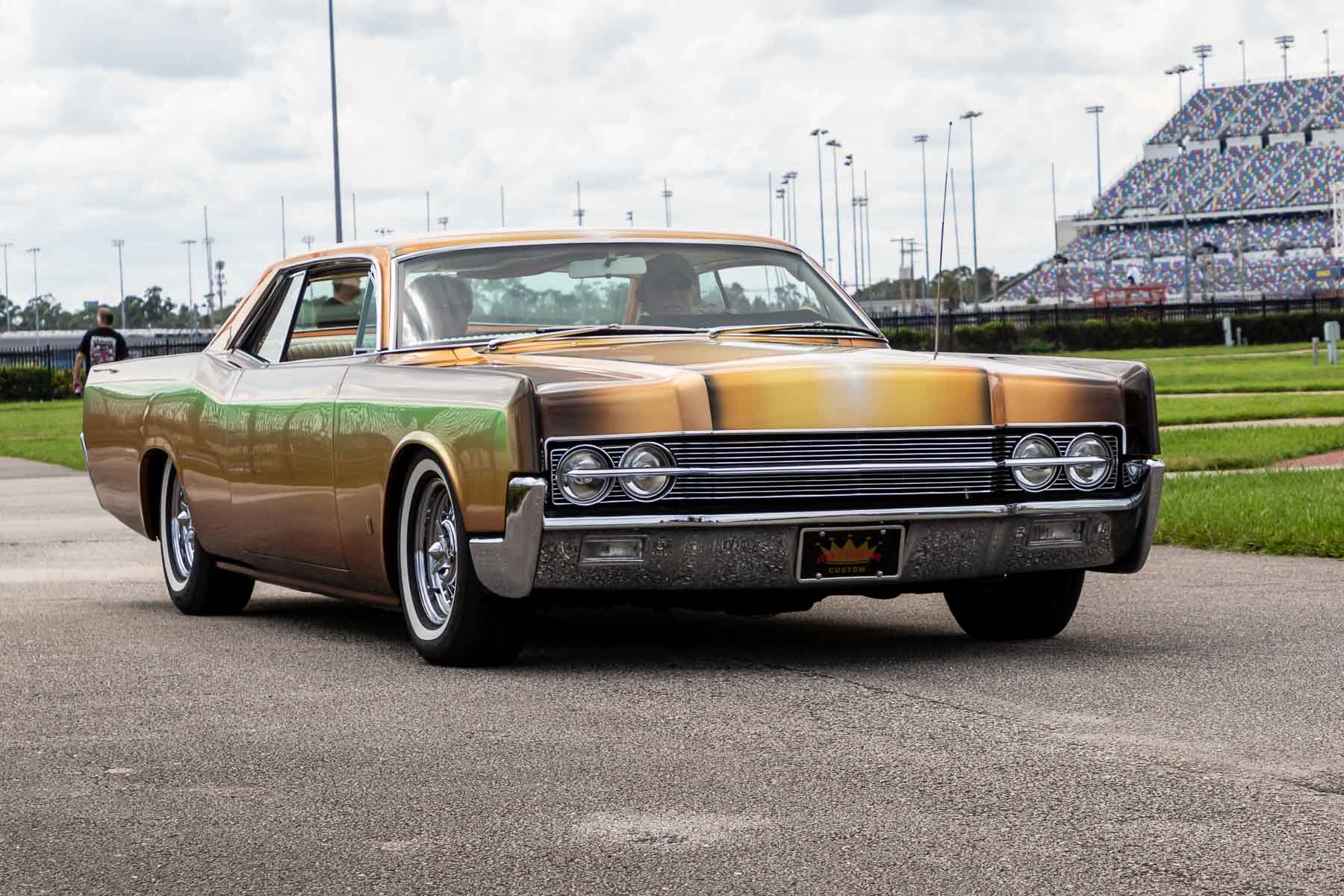 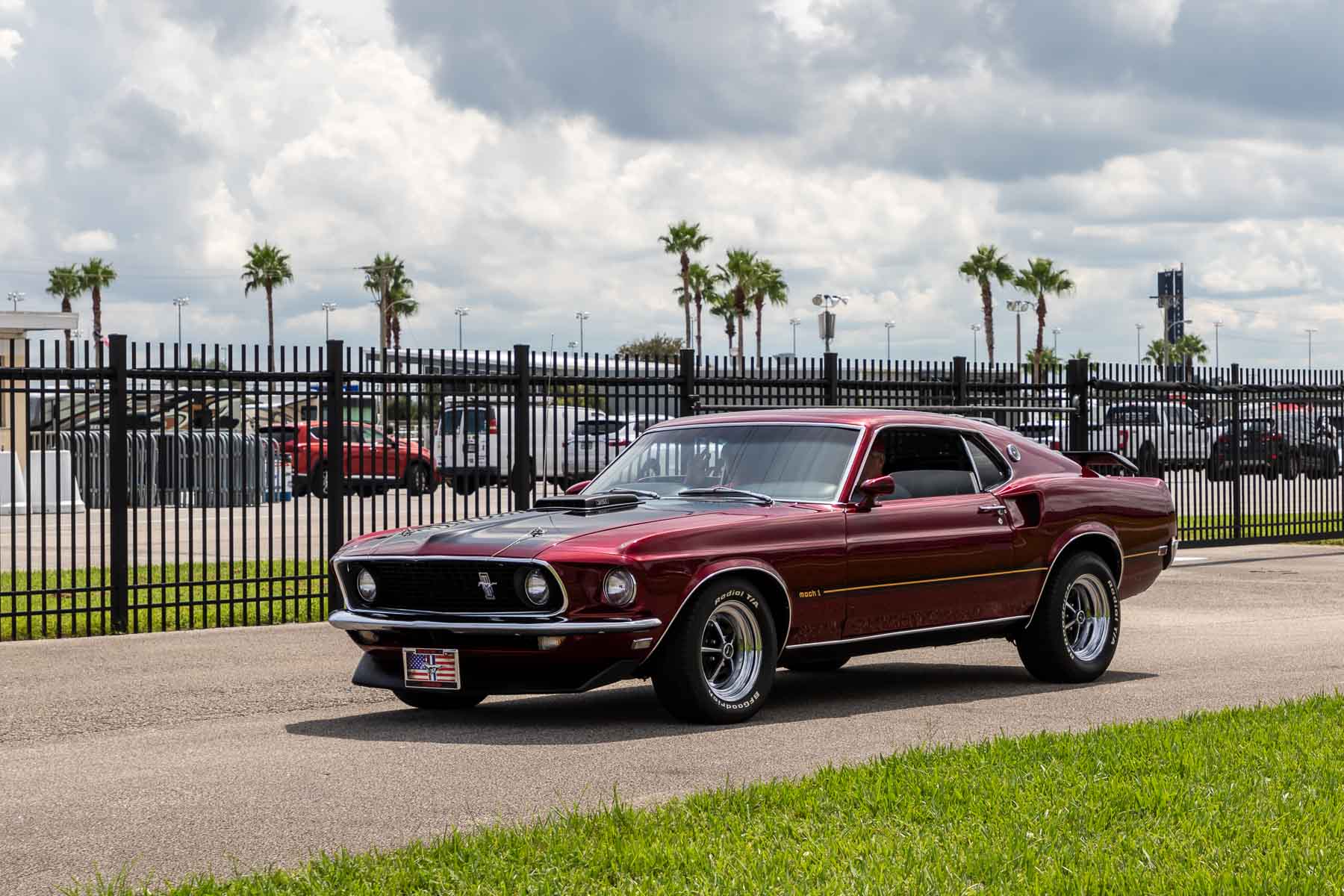 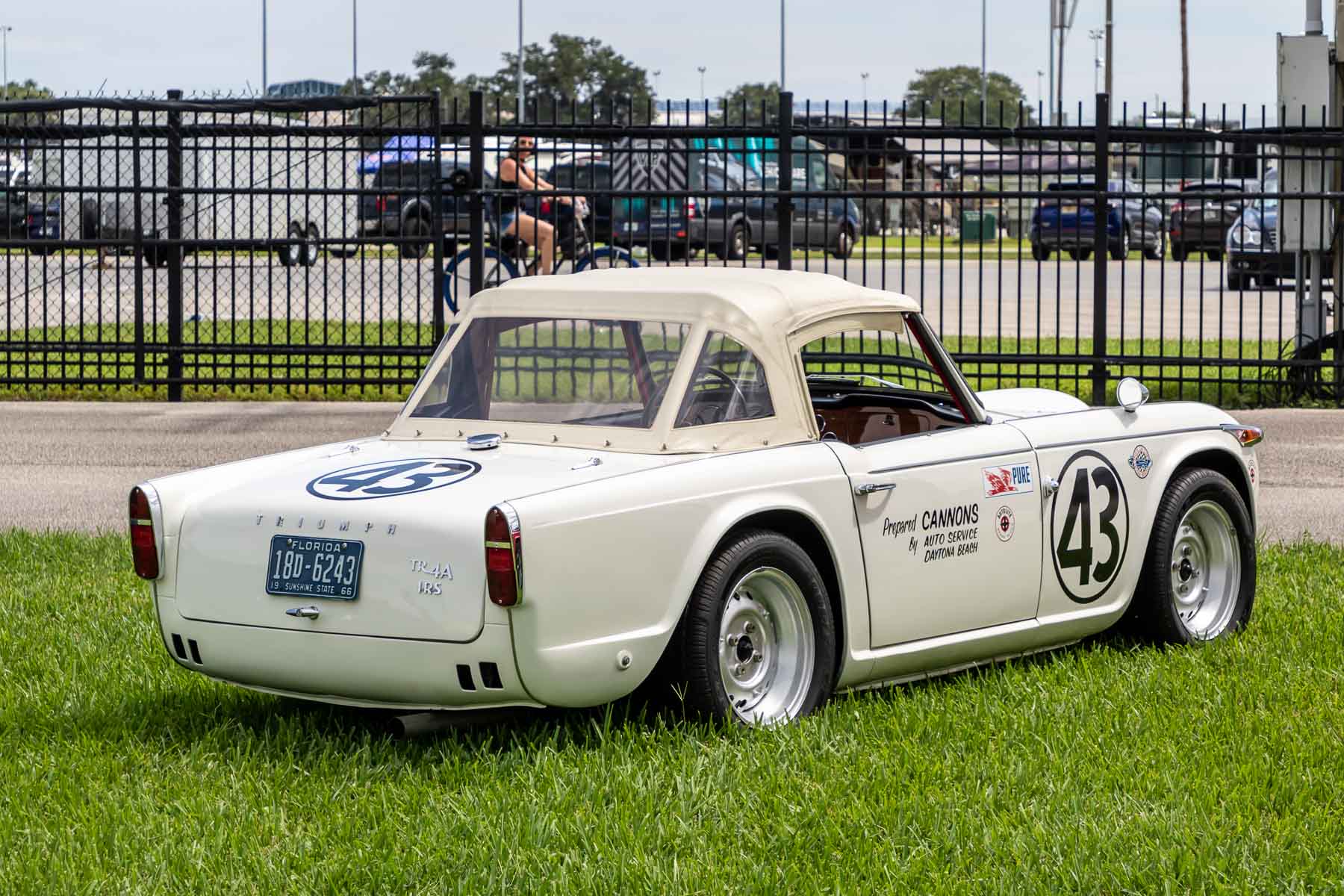 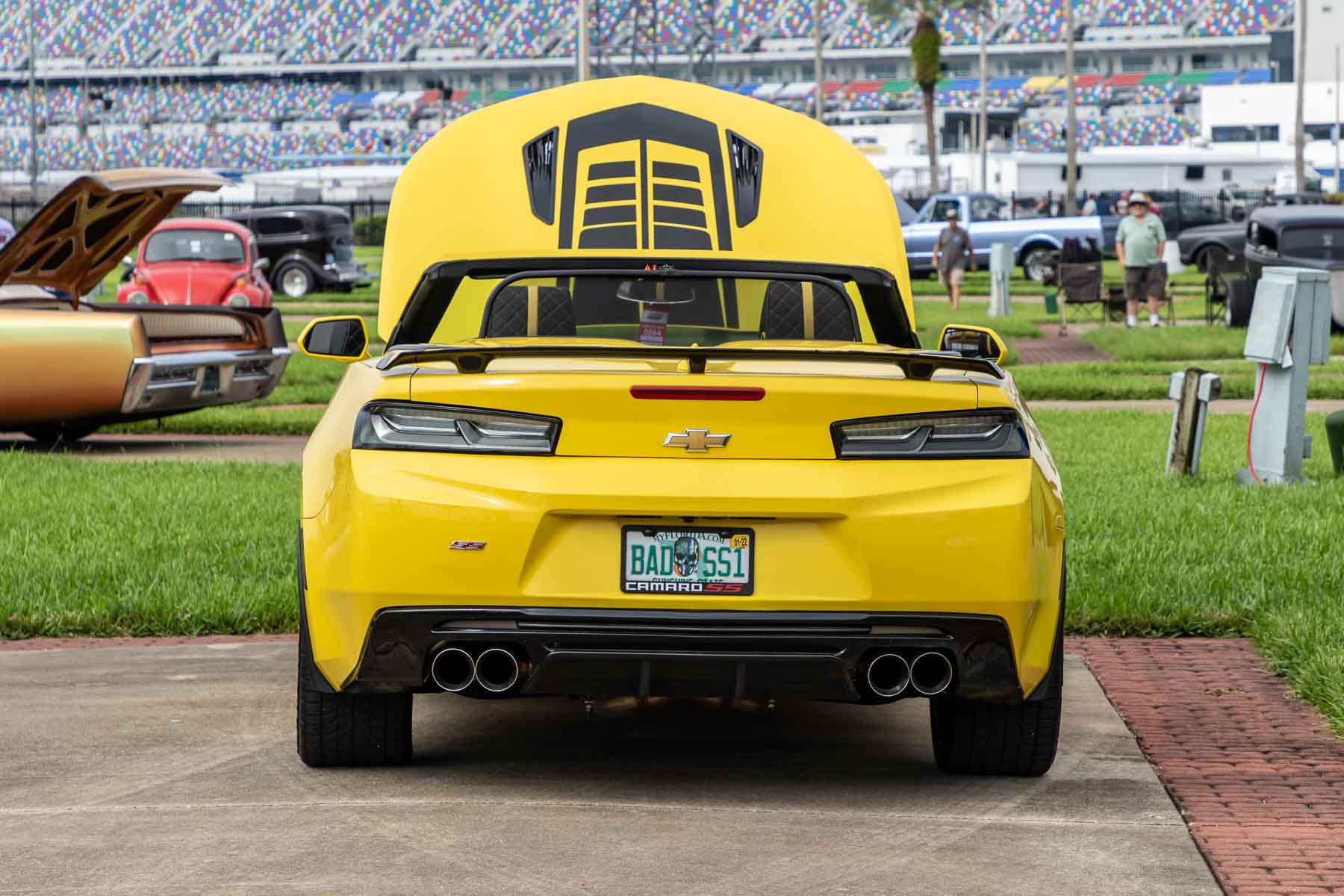 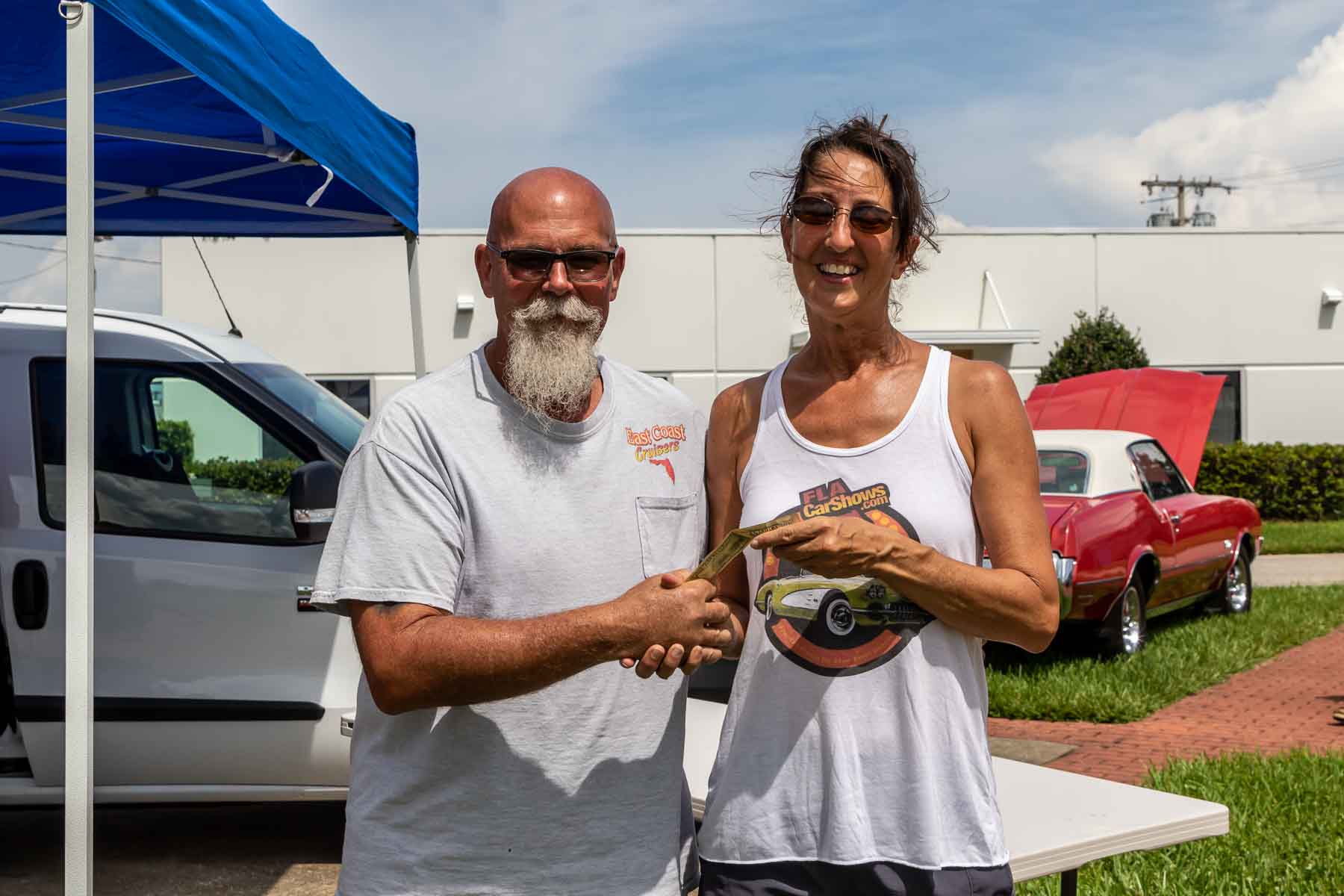 Overall, a great show. I learned a little about NASA, got to watch some racing, and spent the day at a car show. Not a bad Saturday… 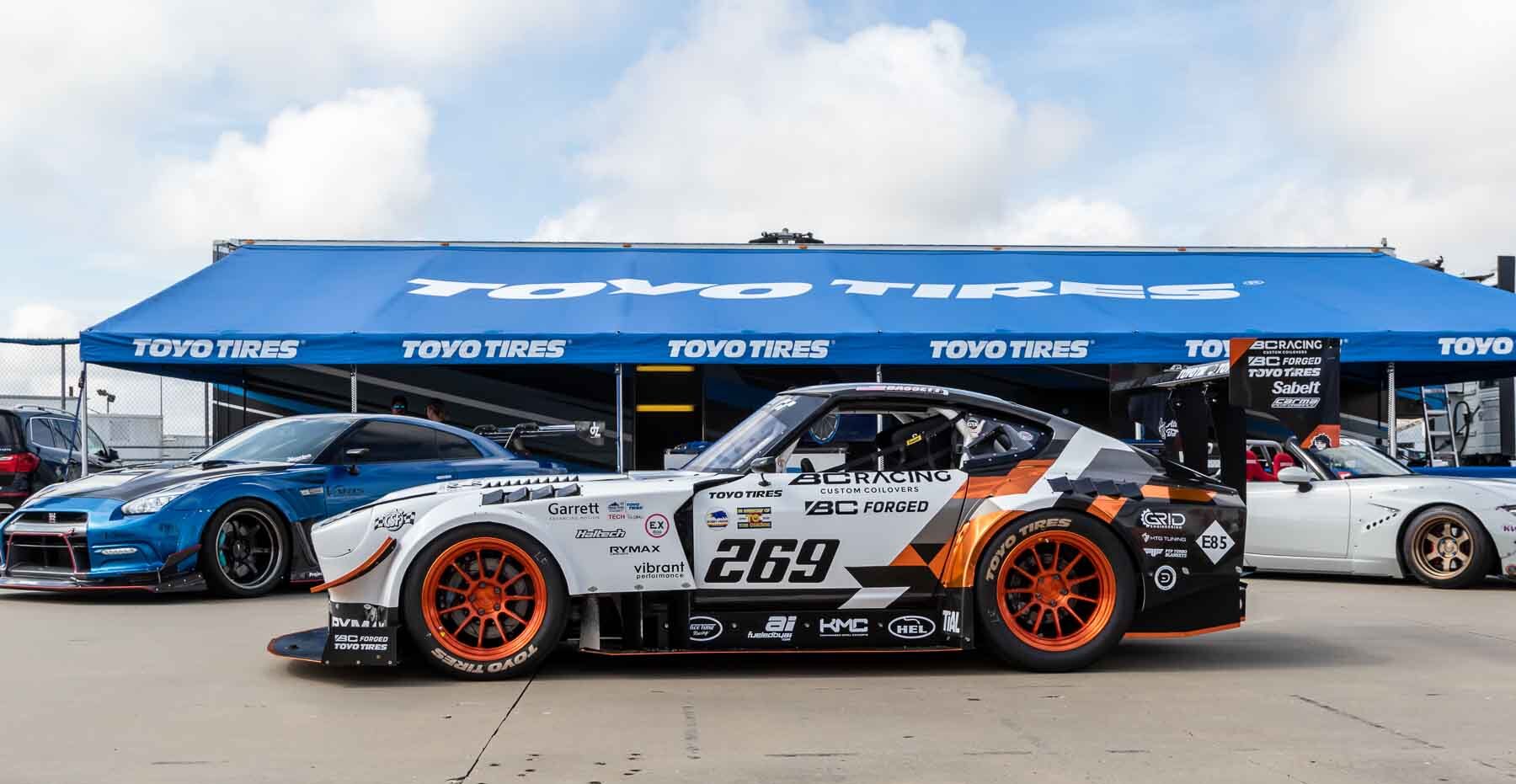 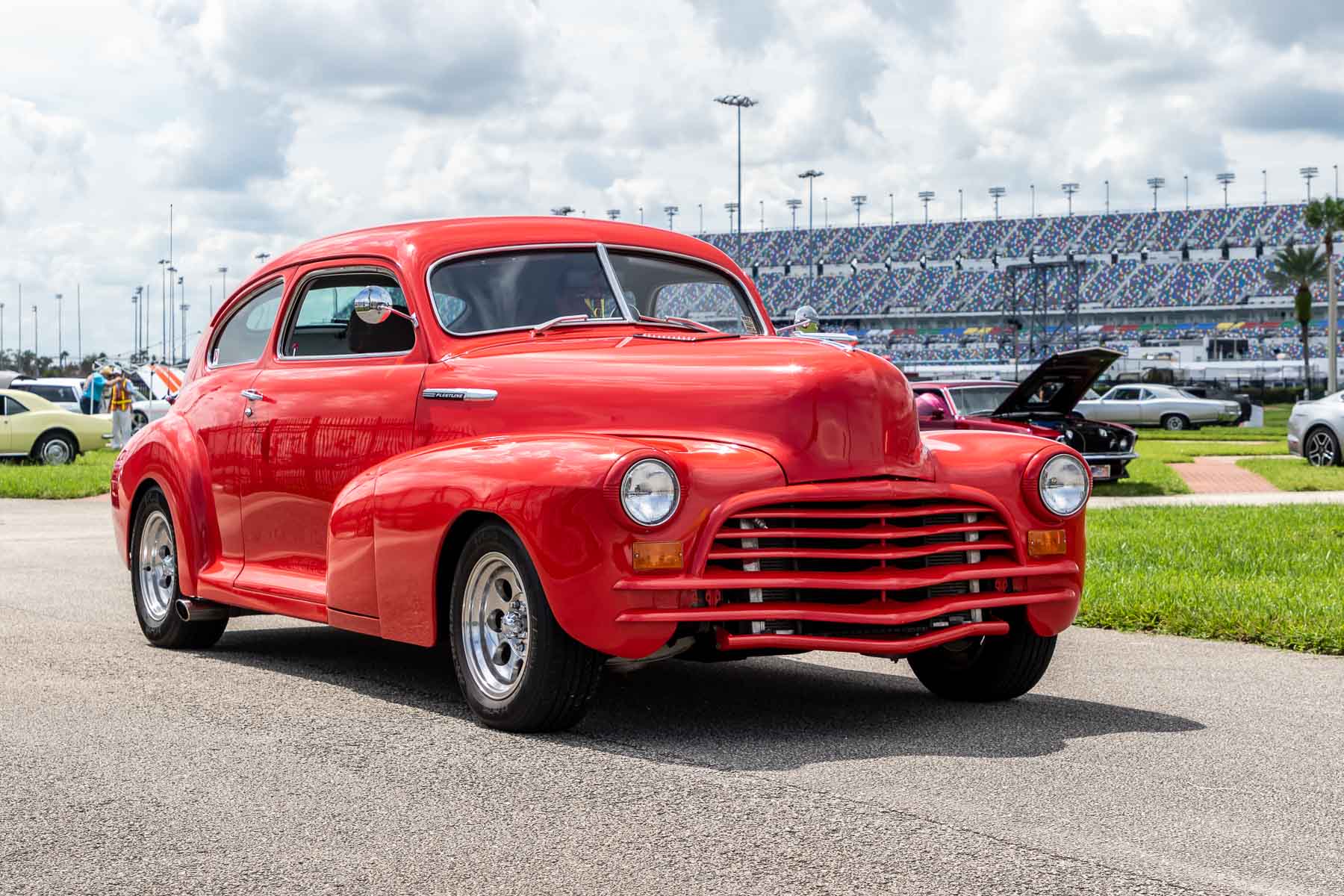 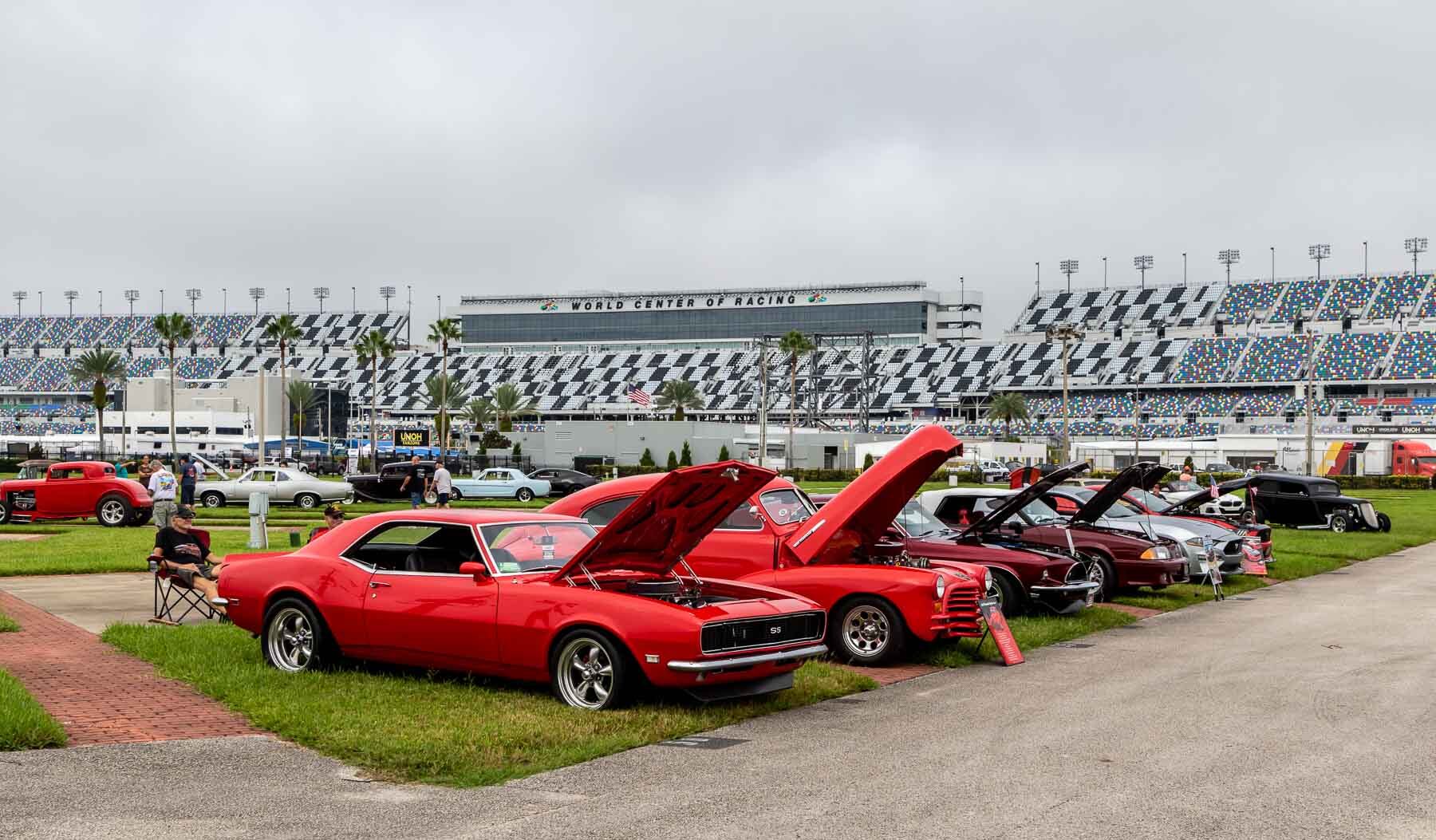 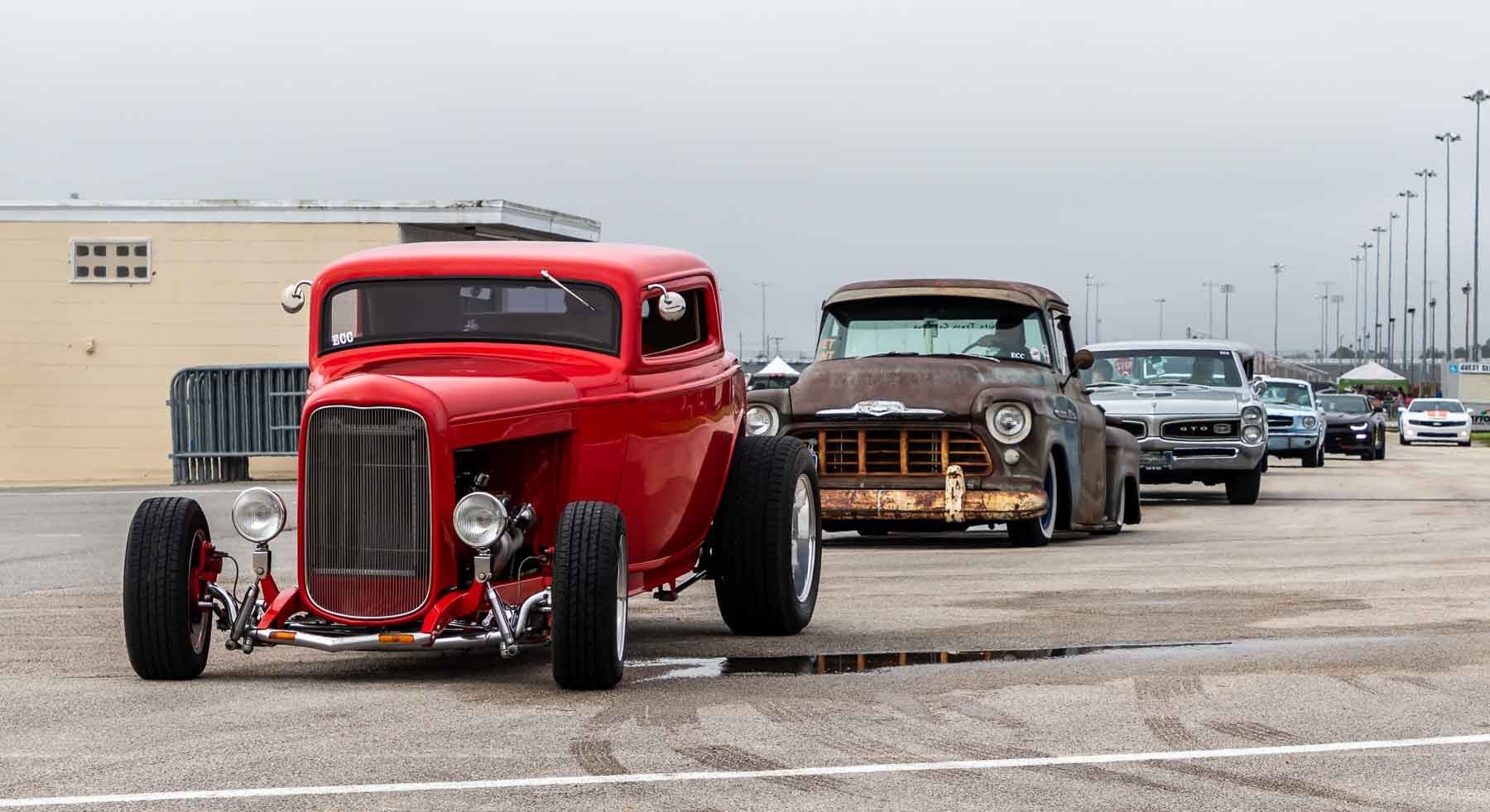