Contributed by JD Smith of Deltona

In 1974, while John DeLorean was at GM, he wanted a car that would compete with the flood of imports such as the BMW, Datsun, etc.  His team worked with Cosworth of England where they produced an aluminum twin cam 16-valve head for the Vega block. The Cosworth Vega was first built in 1974 but never made it into production due to emissions failures.  In 1975 they were introduced with the Cosworth engine, electronic fuel injection, stainless steel headers, front and rear anti-sway bars, special wheels and trim package.  The engines were hand built in the GM Tonawanda plant and each car was affixed with a unique dash number. 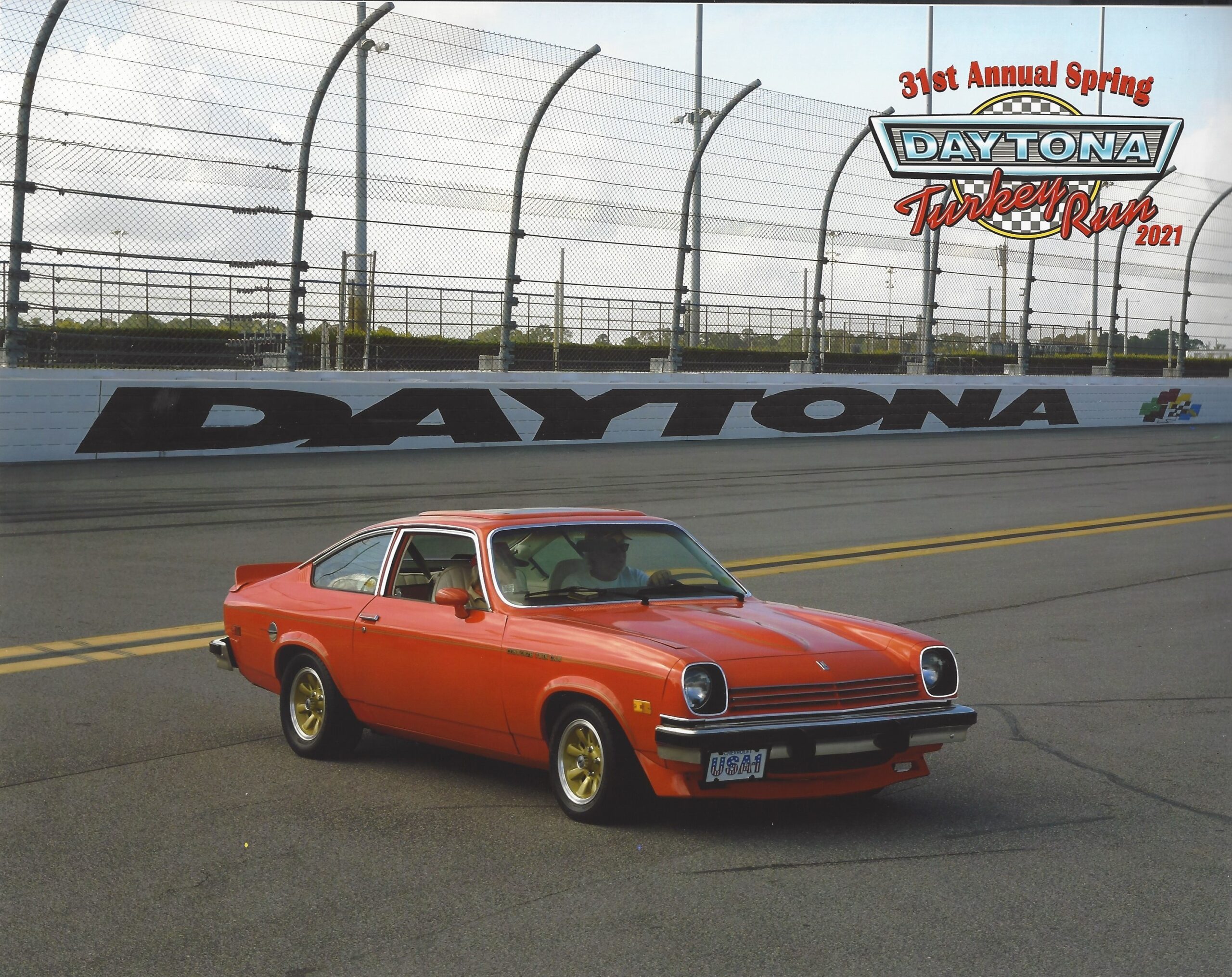 This car, currently owned by JD Smith in Deltona was originally sold by Spence Chevrolet in Daytona Beach to an individual in Titusville.  The car later changed hands and was kept in storage for a number of years.  Somewhere along the way, the engine was swapped and the electronic ignition was replaced with a dual DCOE-42 Weber carburetor setup and wound up in Interlachen, FL where JD purchased it in 2002 and began a restoration.  All the interior trim pieces were replaced and resprayed the original white color plus new carpet and seat covers.  The exterior was resprayed the original medium orange and new Cosworth Vega stripe kit was affixed to the body panels.  The special Cosworth wheels were refinished by Wheel Medic, Inc and new 205/60 tires were mounted.  The restoration was completed in 2005 and the car was shown for the next few years and in 2011 the car was one of the featured invitational cars for the GM Nationals in Carlisle, PA for the 30th year of the Chevy Vega. 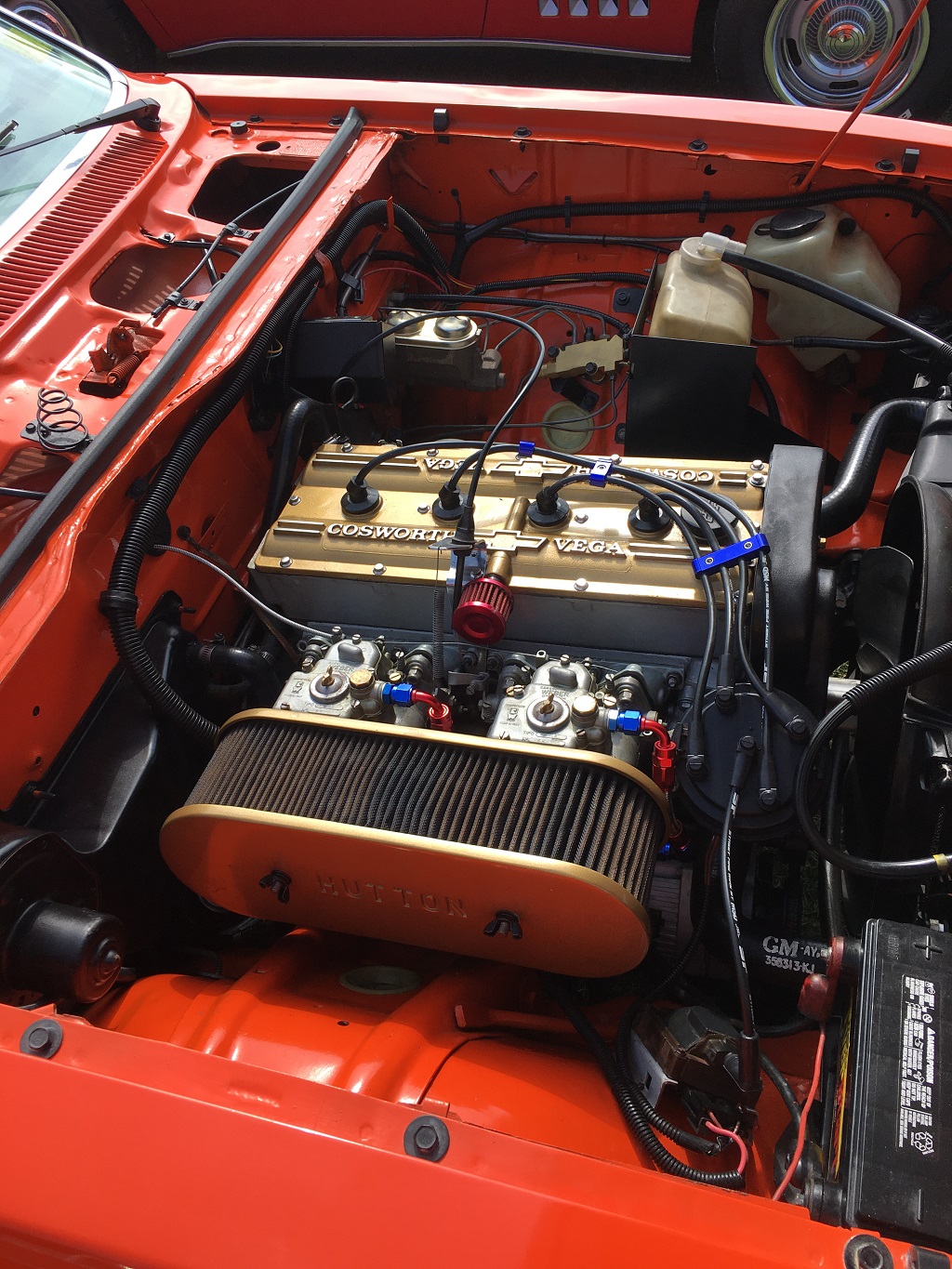 JD is a musician with the Traces of Gold dance band which was formed in 2012.  Band gigs on most weekends prevented much showing of the car so it has been stored inside his shop.  With the pandemic last year, attention was turned back to the car since most gigs were cancelled.  In getting car ready for showing again, an oil leak was found around the oil-pump area.  After three repair attempts, the search began for a new Cosworth engine.  One was in Dade City where it had been sitting in a shop for 25 years.  It had been rebuilt in 1986 by the premier Cosworth engine builders Hutton Motor Engineering in Clarksville, TN.  The rebuild included; steel sleeves, 10:1 pistons (factory was 8.5:1), head ported, Crane BD3 street cams, distributor work etc…   The engine was torn down and re-sealed.  After pulling the old engine, the engine bay was repainted before installing the new hot rod engine.  The brakes were completely rebuilt as were the Weber carburetors.  The car has now been shown in the local area for the last two months.

In November 2020 Carlisle posted their GM Nationals event for 2021 Where the Chevy Vega is again featured along with other H-body cars.  JD plans to again attend the GM Nationals with the updated car.

The most frequent response at shows is “I thought they were all black”.  This was true for model year 1975, but due to lag in sales, especially in the south, Chevrolet introduced colors in mid-year 1976. 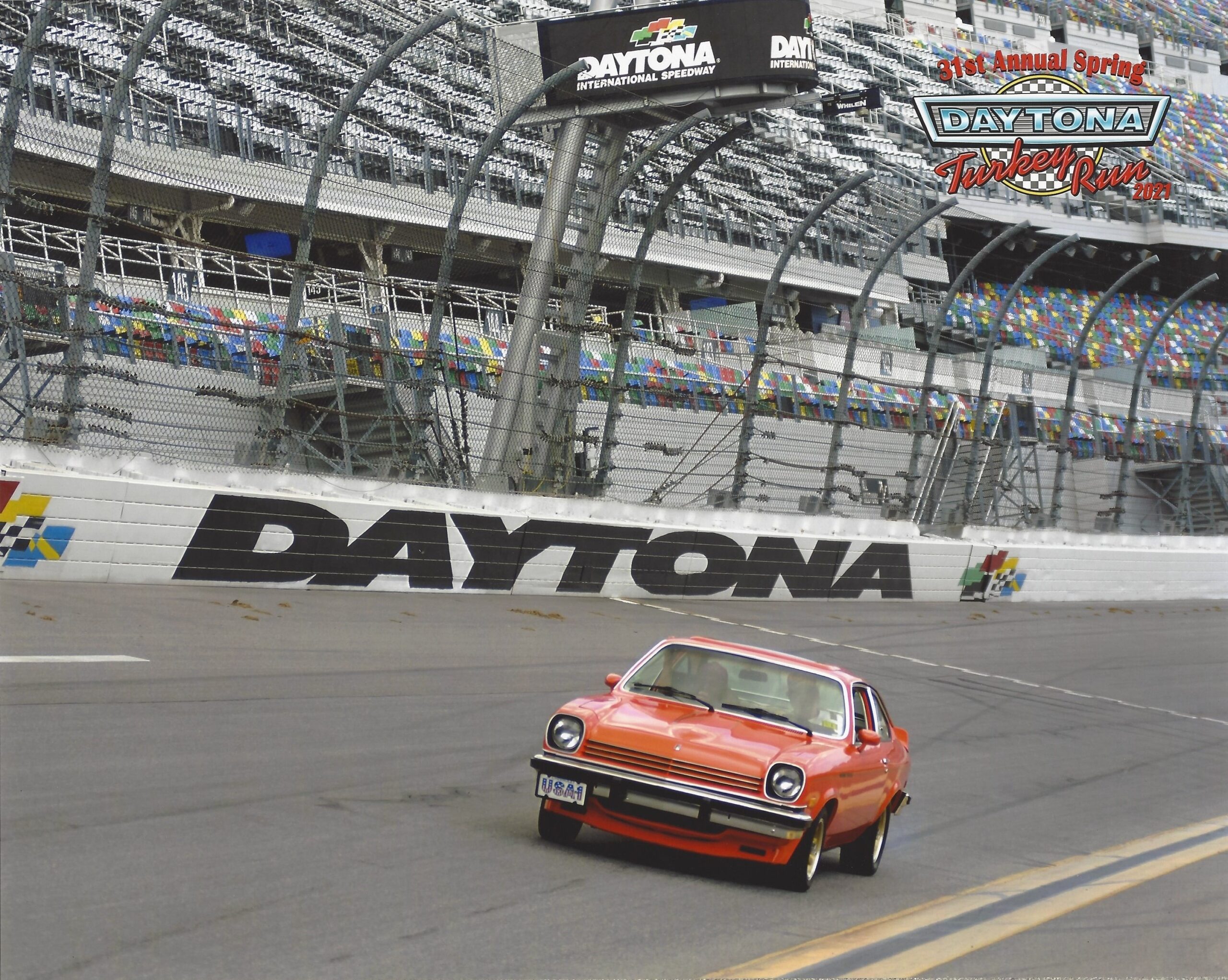 This car (dash #3241 ) is currently the ONLY KNOWN Orange Cosworth with the  combination build options of: white vinyl interior, sliding sunroof, and five-speed  transmission with the 4:10 rear axle.  A VERY RARE VEHICLE

For more information about the Cosworth Vega visit https://cosworthvega.com 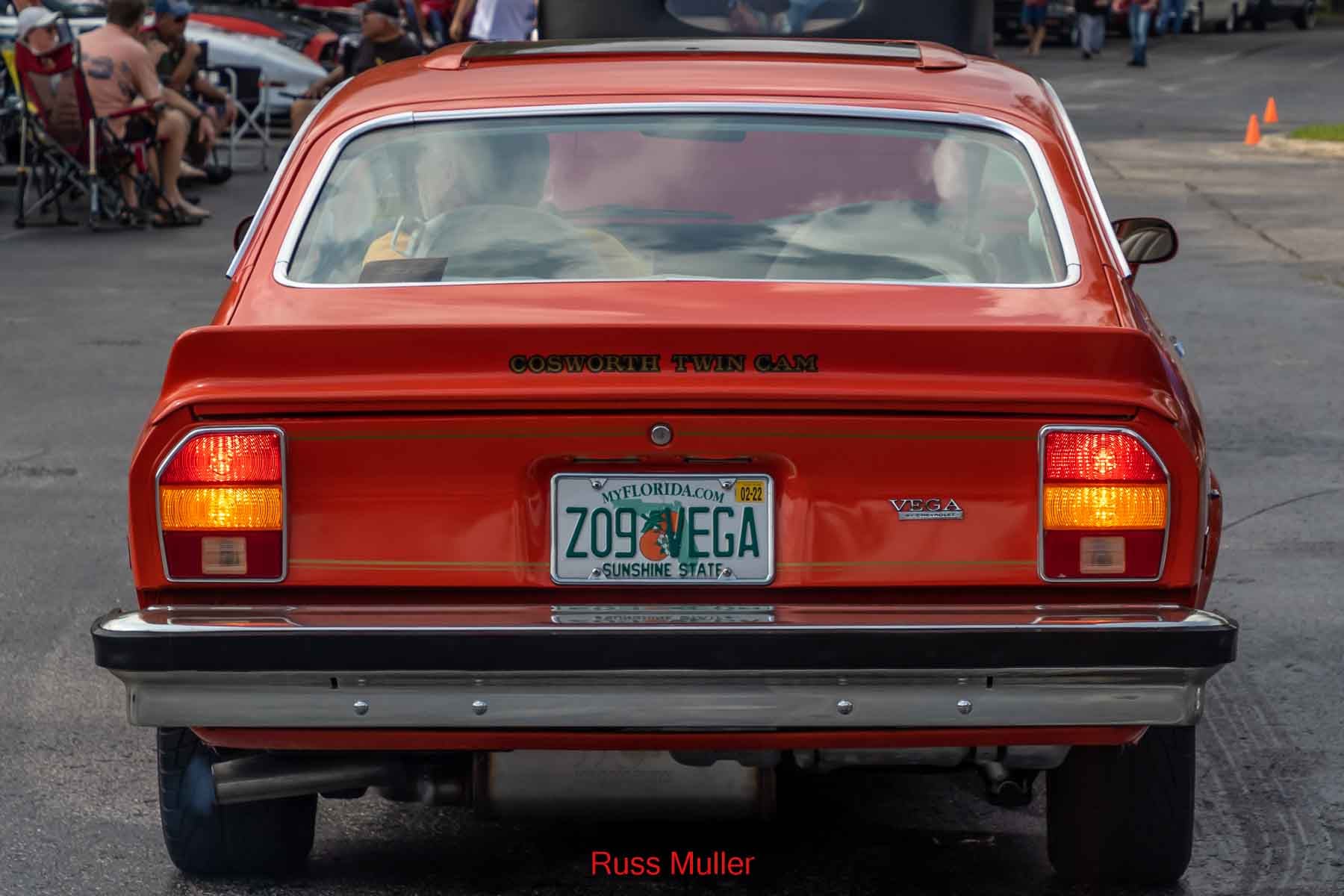